Have been to the airport twice in a week. The first time to pick up a friend who was comming back after 5 months back home, the second time to drop off a girl who's been staying at my house for the last 9 weeks. And it made me think about these small things in life that suddenly makes you meet all these amazing people you couldn't picture life without. For example, I didn't know Oline when she first came here 9 weeks ago. She was just some girl who was to stay in our house for a while... And now, it kind of seems like she's been there forever, and it was so weird whe she was leaving. I came home that night, and as I walked in the front door, it hit me... there's no one staying in my living room anymore... and it was actually sad to think about... What if I had said no to have her staying with us...? I might have never got to know her... how sad is that to think about...

It's funny to think about how such small things can be part of shaping your life... They were talking at youth today about defining moments, and it is really something to think about. It is often those small things that might seem so unimportant, that shape your future. Sometimes it might be something that's out of your control, but other times, it's just a little choice... How many times have I missed those moments because I made a small choice? A time when I should have chosen differently... hmmm... How many people have I missed to get to know?

"Every person, all the events of your life, are there because you have drawn them there. What you choose to do with them is up to you." (Richard Bach, American writer, author of 'Jonathan Livingston Seagull', b.1936)

It's getting late, so think the wisest choice I can do right now is to go to bed...

Of course the 17th of May have to be celebrated, even down under. The first year I was here, it was a monday, so we had the day of, but this year, we had to skip college for the day... Some couldn't do that, but most of us went out to the city for the traditional parade and stuff. It was such a great day! The weather was perfect. 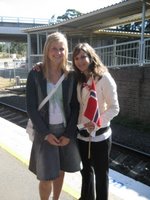 Heidi & Pauline at the train-station

We took the train to the city and went to Hyde Park, where all the Norwegians were gathering. There's heaps of Norwegian students in Sydney, so there was games and songs there before the parade. We even got "boller og saft". Oh yes, this was the day for all the Norwegian food. 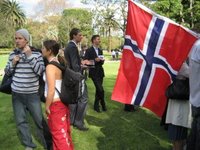 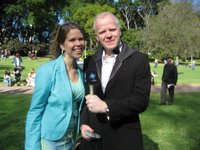 One of the guy's in the city was making a segment for P1, a norwegian radio-station. 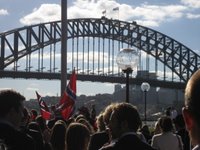 The parade went from Hyde Park to Circular Quay, where the Opera House and the Harbour Bridge is. 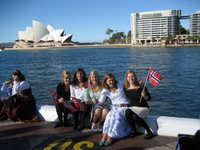 Norwegian girls with the Opera House... Notice the norwegian "bunad" that the lady on the left is wearing.. 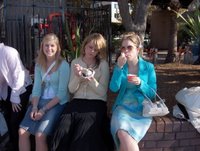 Copenhagen Ice Cream at Circular Quay. I know we're celebrating freedom from the dane's, but it was the closest to norwegian icecream we got...

After the icecream we took the ferry over to Manly and the bus up to the Norwegian Seaman's church, "Sjømannskirken", there. They had heaps of norwegian food, Rømmegrøt, spekemat, pølse med brød, vaffle... you name it... It was SOOO great! 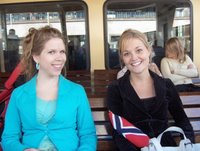 Oline and Nina on the ferry 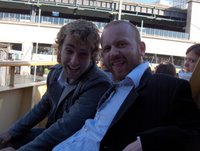 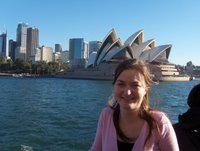 Me and the Opera House 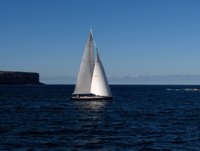 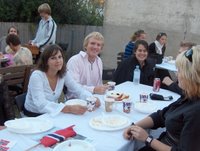 Then we went back to the Hills, and had cake and snacks at the girls' house. Pauline had made "marengs-jordbær" cake, it was so good! We just hang out there for a while and looked at pictures from the celebrations in Norway and other places in the world on the web, we even found a couple from Sydney... Was a great 17th of May!!! 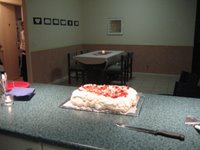 In the break week we had between terms, I had 3 birthday-parties and an engagement party (which i unfortunately missed...) in 2 days, so thougth I'd put out some of the photos from that. The first one was Charis' 20th birthday, no more teenagers in the house... Most of my house went out to the city and just enjoyed the day there.

Charis and the Opera House 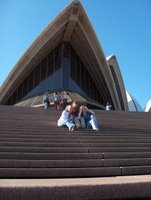 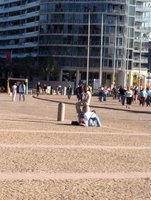 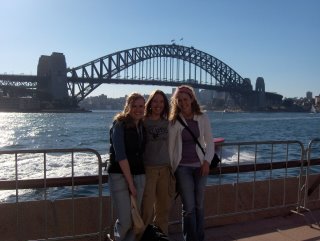 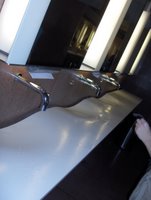 okay, know this is a random photo, but seriously, if you're ever visiting the Opera House, the toilets is actually worth a visit...

We had lots of fun and took a lot of pictures, walked through the botanical garden. I've actually never been there before, how bad is that!!! It was so beautiful, and I took heaps of photos. I'll put some out here later... Then we took the train back, picked up Gudrun, the last girl in the house, and went out for dinner. When we came home the girls dressed up. Don't think I can remember the last time I laughed so hard, it was so funny!


The day after, Adrians 21st birthday party was in the afternoon. Lots of family and friends, barbecue and a westcoast norwegian cake-table... It was so good! 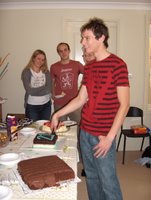 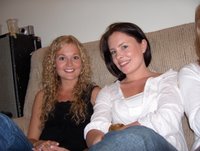 And that night, some friends had put on Gudruns 21st party, so more food, snacks and cakes...
Was a great night with a lot of friends, playing mafia till way too late... Basically, a pretty full on weekend... lol... 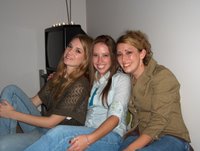 Gudrun, Charis and Tabitha, 3 of my housemates 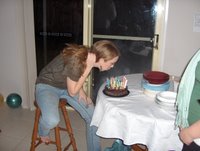 Gudrun blowing out the candles
Posted by maria at 13:16 5 comments:

okay, so I finally surrendered to the fact that it wasn't possible for you guys to comment on my blog, and got myself a blogspot page as well... I'm not the one to write the most though, so might be mostly photos on here... I've been a bit behind on my photos from my old blog, so the first pictures I put out here will be a couple of monts old or so... hope you'll enjoy, and I would love for you to leave comments, so I can see that you dropped by.
Posted by maria at 13:09 5 comments:

maria
my little corner.. with my random thinker-head notes posted once in a while... hopefully, someone will get something useful out of my thinking.. :)